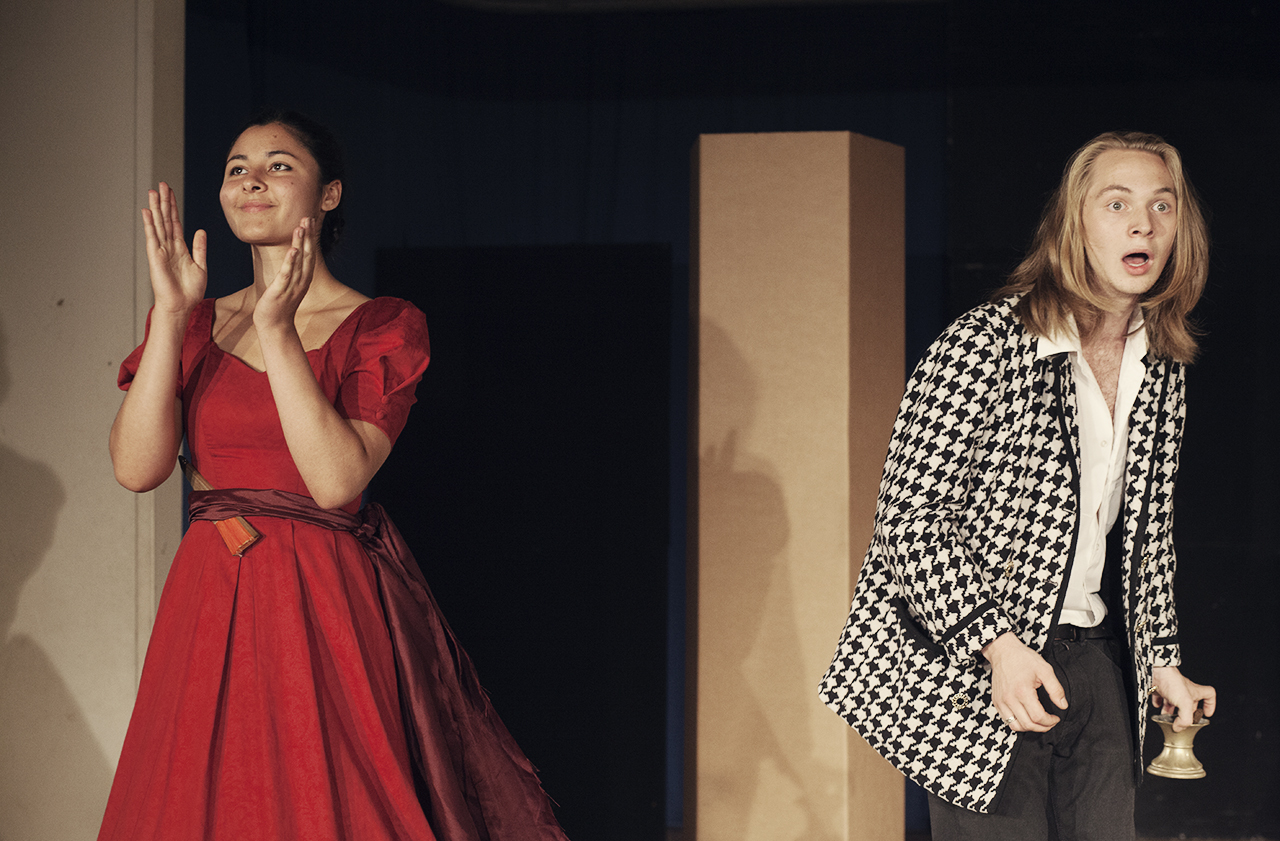 A review of Heartbeat – Herzschlag

Posted on 4th January 2019 at 10:14
On 29 December the Goetheanum’s new Eurythmy Ensemble presented the premiere of its first programme: Heartbeat – Herzschlag – Latir del Corazón.
Before the programme started, the audience was «welcomed» by a three-part curtain, newly created by Philip Nelson on the basis of Rudolf Steiner’s design. Once it was dark, the spotlight shone on the ensemble members eurythmicizing the curtain’s motif, I A O, on the proscenium. Silently and intimately, as if rising from a seed, motifs from Genesis unfolded. Then words resounded in German, English and Spanish. Gradually the stage was transformed as the diaphanous curtain became part of the performance. What unfolded then was an increasingly colourful range of poems, a text collage composed by Mona Doosry, that lead right up to the present time. Music by the contemporary composer James MacMillan accompanied the transitions.
Travelling through landscapes of the soul Illustrated through eurythmy and light, the programme told of the threefold human being’s journey through landscapes of the soul. Soon the impression grew that this was a harmonious group of artists who had fine-tuned the details and whose soli well reflected the special skill of the individual performers. And yet, as the programme unfolded, with no interval, a slight breathlessness became tangible among the spectators. I realized that I had lost the thread of the narrative and looked in vain for a pause for reflection, for a counterpoint.
This impression faded when the programme concluded with another powerful composition by James MacMillan. Applause and standing ovations were evidence of the audience’s appreciation of the innovative approach and of the experience of a gesamtkunstwerk of which the sensitive skills of lighting artist Ilja van der Linden, of the speakers Tamara Chubarovsky, Sarah Kane and Barbara Stuten and the music performed by the Camerata Da Vinci and Hartwig Joerges were an intrinsic part.
With thanks to Ronald Templeton for allowing us to replicate here.
Tagged as: performance, rudolf steiner
Share this post: